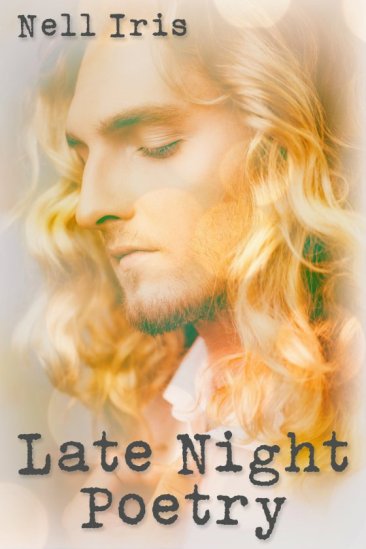 Saying “I love you” to someone who says it first, isn’t supposed to lead to a break-up, but that’s what happens to Sully and Lou. Sully is out and proud while Lou is in the closet, so when their relationship deepens, Lou runs.

Can old love poems and heartbreaking honesty help Sully and Lou find their way back to each other?

Thom Novak feels like a walking cliché: the gay guy desperately in love with his straight best friend, Lee. But he’s willing to keep his feelings hidden, to do whatever it takes, as long as they stay friends forever.

Lee Conway loves sharing an apartment with Thom, his best friend since birth, and would be happy doing it for the rest of his life…no matter his current girlfriend’s opinion on the matter. But he’s never been known for being in contact with his emotions.

When something happens to upset the status quo, Lee pulls away. Has Lee learned how Thom feels about him? Will it mean the end of their friendship? Or is there another reason Lee needs time to think? A more…hopeful reason?

This #gayromanceisolationchallenge by @nic_starr_author sounds like fun, so I invited myself to take part. Because we all need something to do, right? Day 1 is "something from the kitchen" and this is my box of onions (currently yellow, red, and shalotts) and garlic, my greatest kitchen treasure. I put onion and/or garlic in most things I cook 😊
Surprise homemade cinnamon buns, warm from the oven, baked by the darling daughter is probably the best medicine for the soul I've ever had 😍
Out here, under a clear blue sky on our patio, I finally found some words. Too bad the first 800 were utter crap: they were the infodumpiest infodump that ever infodumped, and I had to scrap them and start in a completely new place. I'm happy with this new beginning, though, so that's good. Oh, and I'm still counting the 800 crappy words toward my #campnanowrimo word goal. Because I wrote them even if I'm not using them 😊
Curing high anxiety levels with retail therapy. "I have too many notebooks," said no one ever 😆
My release day: cleaned the entire house from top to bottom, then rewarded myself with an excellent Dry Martini 🍸
#Repost @loveislovereview • • • • • • ❤️💔Late Night Poetry by Nell Iris💔❤️ Entwine poetry with a broken up relationship and you get the best romance - 5 🌟 #mm #lgbtq #romance #lgbt #poetry #lovers #gay #gaybooklover #gayfiction #gaylovers #ebook #booklover #bookstagram #readersofinstagram #instabook #finishedreading #bookboost #kimmersbooks #love #lovewins @nell_iris @gaybookpromotions @jmsbooksllc http://tiny.cc/at51lz