Do you ever wonder where authors get their inspiration from?

Ever since the early eighties, a Swedish artist called Thåström has been one of my absolute favorites. He started his career as a singer/lead guitarist in a punk band and after that he had a couple different bands before he went solo. He sings in Swedish (with few exceptions), and I’ve loved him since my early teens, well over thirty years.

In 1989 he released his first solo album, and on that record was a song called Flicka med guld (Girl with gold). I love that song, and it has a deep personal meaning to me for reasons I don’t want to share, but suffice to say, it’s very important to me.

The song is about a girl with golden brown eyes; the lyrics reads like a poem, and the music, the acoustic guitar and his raw voice, speaks right to my heart. And that song, was the original inspiration for Cinnamon Eyes.

I originally wanted to name my story The Boy with Cinnamon Eyes, in reference to the song the MC Asher has written about the other MC Cory (see the lyrics in the picture above), a direct reference to A Girl with Golden-Brown Eyes, but my publisher asked me to change the title (because of valid reasons) so I shortened it.

My lyrics and Thåströms lyrics are nothing alike, of course, aside for my title being inspired by his title/song, but then I took it and made it my own. Or rather, I made it Asher’s.

Those lyrics has stayed with me for 30 years, and I suspect I’ll love them as much, if not more in another 30 years.

Below is the original Swedish lyrics and the translation. It’s a literal translation and it loses all its poetry in this version, but at least you’ll get an idea what I’m talking about.

Also: Thåström the artist was actually my inspiration for Asher’s looks, too. Wanna see? 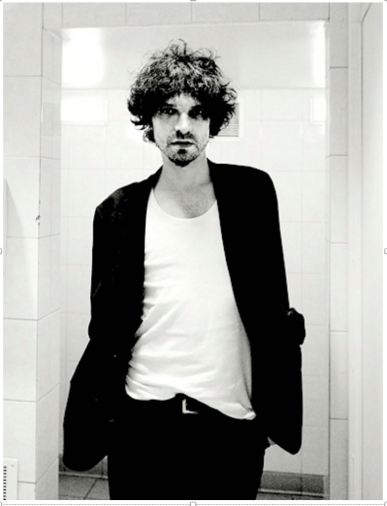 And if you want to hear the song, even though it’s in Swedish:

Cory’s had a rough year struggling with severe depression. He’s desperate to rebuild his shattered life and break away from his demanding family. When his therapist encourages him to do something for himself, he knows exactly what he needs. I want to see Asher again. The best friend Corey ever had who, at fifteen, held Cory’s heart in his hands without knowing it.

Asher’s had a troubled relationship with his father since he came out. Now that Pops is sick, he’s fighting for his right to help or even find out about his father’s health. Then there’s the complication of an ex-boyfriend unwilling to let go.

When Cory and Asher meet again after sixteen years, Cory’s feelings are as strong as ever. But does Asher feel the same?