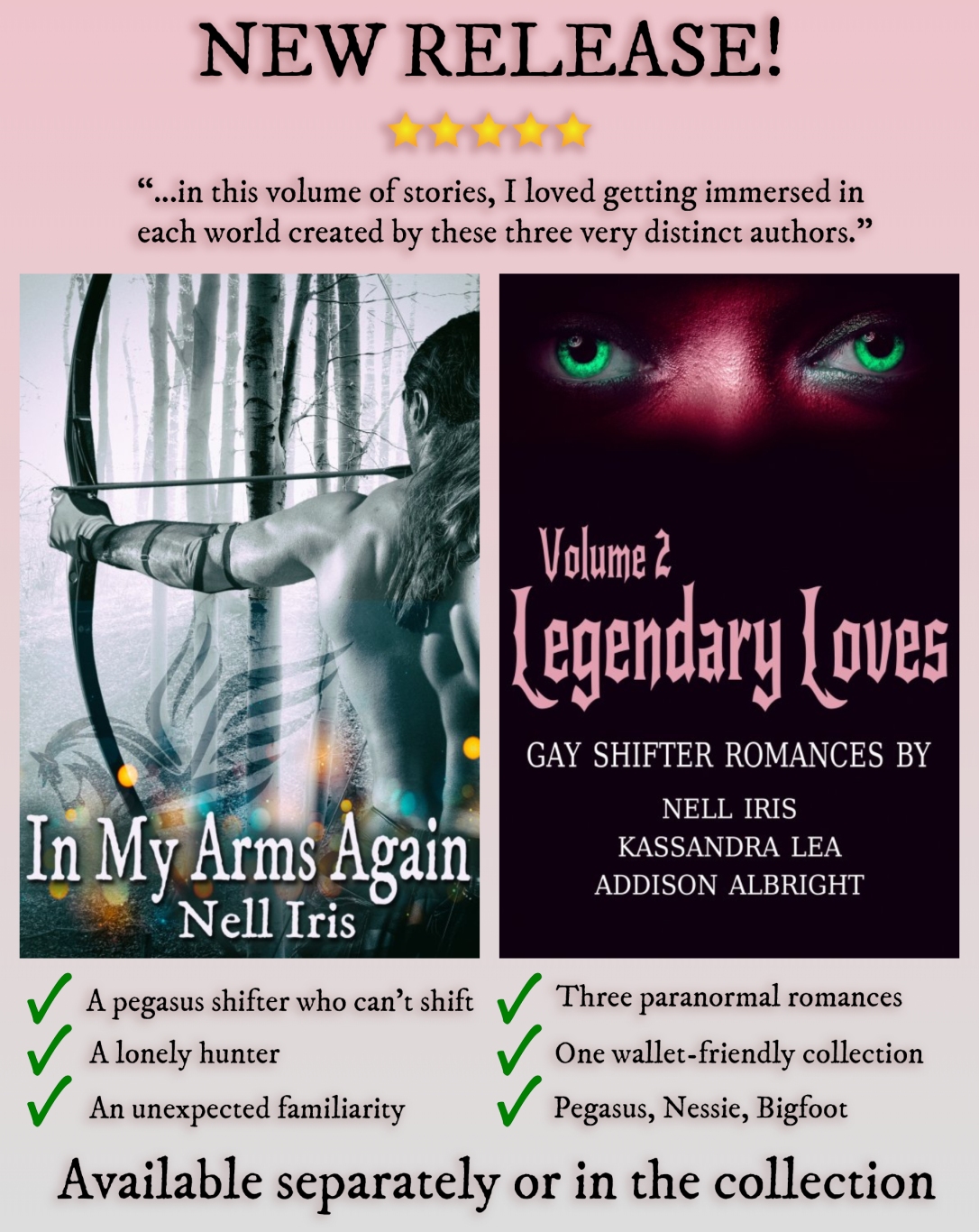 BUY LINKS (IN MY ARMS AGAIN)

Released individually, but also included in Legendary Loves volume 2, with two other stories. All new releases are 20% off at JMS Books for the first week after release.

In My Arms Again by Nell Iris: Oxen is lonely, feeling like he’s waiting for something, and can’t focus. But when a very ill stranger collapses on his doorstep, everything changes. The stranger, Vinge, is a Pegasus unable to transform. Both men feel an instant connection that swiftly grows deeper. The questions surrounding Vinge are many. Why is he so familiar? What will it take for the depth of their connection be revealed?

The Murky Depths by Kassandra Lea: Tired of the daily grind of his job, Keston heads out for a weekend at his family’s cabin in Kona Woods. Turns out he isn’t alone, though, as there are others lurking in the shadows. When a near-death experience brings Ness waltzing into his life, everything Keston thought he knew is turned upside down. Will facing what scares him bring to Keston’s life what it’s missing most?

Weekend at Bigfoot’s by Addison Albright: There’s nothing about perky — twinky? — Oliver Hughes that would make Sensational News’ (Never Fake! We Swear!) reporter Wilson Banks think Bigfoot actually exists. But while pursuing soundbites for a tabloid story about Bigfoot, Wilson witnesses something he wasn’t meant to see. In Wilson’s new reality, is there room for love with someone whose dreams are as big as his … er … feet?

The Murky Depths | Weekend at Bigfoot’s