Back in August, I recommended three of JMS Books’ “Hot Flashes” (i.e. very short stories, under 5000 words) that I had read and loved. And since Sundays are the perfect day for reading and a cup of tea and laziness, I bought and read no less than five Hot Flashes today. They were all excellent, so I thought I’d tell you about them in case you happen to be in the mood for something short and well-written that will warm your heart. 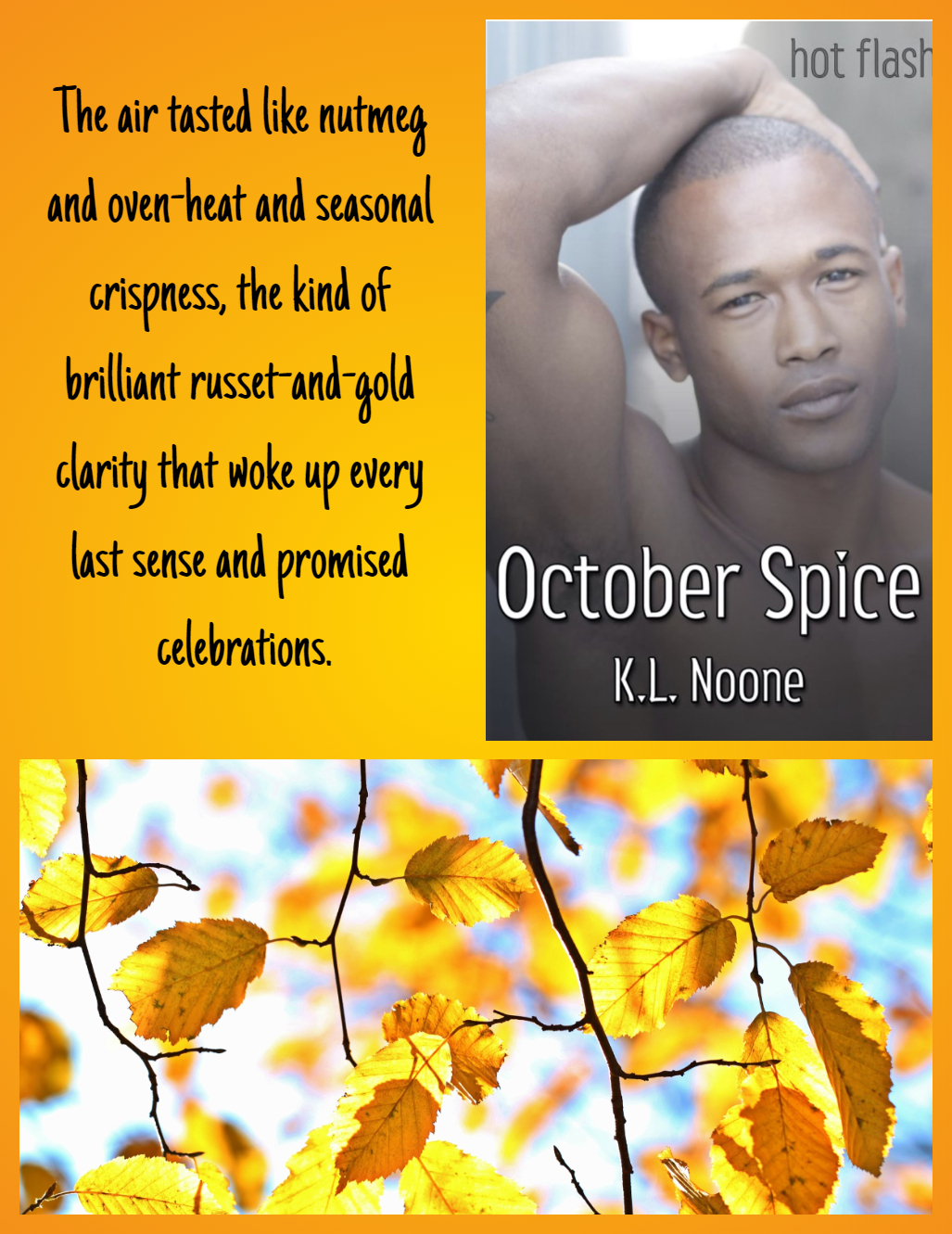 This story made me fall in love with autumn and I want to eat everything Evan bakes.

But a delivery mix-up has a customer knocking at Evan’s door. Matt’s right out of Evan’s fantasies: a deliciously adorable off-duty firefighter who compliments his cupcakes and makes Evan smile, and looks at him like Evan’s the tastiest treat of all.

They’ve only just met, but Matt might bring all of Evan’s fantasies to life … with extra spice.

Warning: keep the Kleenex box nearby!

Nis. His name had been Nis.

Those three little letters are still carved on Taer’s heart, etched deep so the tide and time won’t wash them away. Nis, the other half of his soul. Then the storms came, and Nis was gone.

So why can Taer hear his laughter on the wind?

Two very different ninth anniversaries, two friends finally admitting how they feel after ten years, and two men daring to open up and share their feelings after an accident. What’s not to love?

The Nine Year Bar | Dare to Venture | He Ain’t Heavy