If you’ve followed me for awhile you probably know one important thing about me: that I don’t like series. I don’t like series that follow the same couple over several books, because that usually means that the author fucks with the characters’ HEA to make sure there’s drama enough to write a sequel. Or it takes the characters several books to get their shit together and reach their HEA, and I’m much too impatient for those kind of stories.

So I tend to steer clear of books like that. Which is why you probably will be shocked to learn that today, I plan on talking about sequels. As in: I’ve read two series that have been about the same couple, and I absolutely adored them.

So today, I thought I’d tell you about these, and also acknowledge that there are exceptions to every rule, even my I-don’t-like-series rule. 🙂

A couple months back, I reviewed a book that I absolutely adored, Leather and Tea by K.L. Noone. (Link to my rave-y review here). It’s a wonderful story about an established couple and a little glimpse into their lives that I loved the crap out of. So when I learned that Ms. Noone was releasing a sequel, I scurried over to JMS Books and pre-ordered it, ignoring my rule about not reading sequels. Because the two MCs, Ben and Simon, are so fabulous I absolutely had to read more about them. Because, somehow, I trusted K.L. Noone to not fuck up their HEA.

And my trust was not misplaced. In the sequel, A Leather and Tea Morning, we are treated to the deepening of Ben and Simon’s relationship. Something happens outside of their relationship that make them look at what they have together, and value it even more. At the end of A Leather and Tea Morning, I’m even more convinced that Ben and Simon will live happily ever after forever and ever, because they just love each other so darned much. So much it touches my heart and makes me cry happy tears. So much that I hope Ms. Noone will write a third book about them that I can break my rule for.

The second book I’m going to rave about is The Best-Laid Plans by Addison Albright, the sequel to The Contingency Plan. The first book is a very short story about two princes unexpectedly getting married, and it leaves the reader with the promise of a HEA instead of a solid “we love each other forever.” I don’t have a problem with that, but I also didn’t have a problem when Addison told me she was writing a sequel, because I really liked Prince Marcelo in the story.

And boy, she didn’t let me down with her sequel. Just like with A Leather and Tea Morning, the drama in The Best-Laid Plans is something outside of Efren and Marcelo’s relationship, something that strengthens their bond and pushes them closer together. The drama tests Prince Marcelo’s limits in a very interesting way: he lived a very sheltered life until he married Efren, and he’s a soft man without any hard edges. But he’s also smart and determined and resourceful, so when he’s flung into a dangerous situation, he doesn’t wilt like a hothouse flower under harsh weather conditions. Instead, he’s more like a wild flower that fights its way through asphalt. You look at it and wonder How can something so weak-looking and pretty survive under those harsh conditions? But it should teach us to not judge a book by its cover.

Because while Prince Marcelo might look like a worthless, mollycoddled softy, he rises to the occasion. He gathers all his courage, uses all his wit, and comes out victorious. He’s scared, but the thought of making Efren proud of him, the thought of being someone worthy of standing next to his prince, a formidable and experienced warrior, gives Marcelo the strength he needs.

And all that makes Marcelo a brilliant character. Yes, Efren is a really good character, too, but he’s got nothing on Marcelo. I’ve read most of Addison Albright’s books, you know by now that we’re friends and that I love her work. But Prince Marcelo sailed past all her other characters and firmly placed himself as number one. From now on he’s my favorite of all Addison’s characters. And that is something I would have missed if she hadn’t written this sequel and if I’d not read it.

I guess the gist of this, is that I’m fine with reading sequels as long as the drama isn’t within the relationship and threatens the characters’ HEA. And what I’m saying is that I’d love to read the third part of Ben and Simon’s story, and I definitely want to see Prince Marcelo continue to grow as a person and see how his and Efren’s relationship develops. 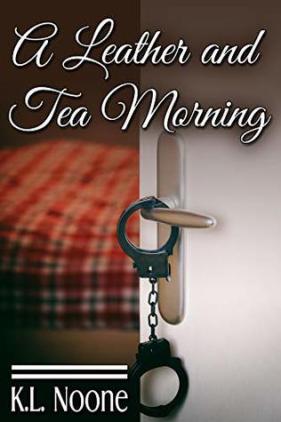 Retired secret agent Ben Smith has never been happier: married to his romance-novelist husband, settled into their life together, learning to bake scones because Simon likes them. But all Ben’s training and skills can’t deflect the car accident, or the injuries. Simon’s not badly hurt, but Ben can’t stop thinking about it. He promised to keep Simon safe, in bed and out of it. But what if he can’t?

It’s been three weeks. Simon’s been going crazy. He’s completely fine now, but his husband keeps treating him like glass, fragile and breakable. Simon isn’t breakable, though, and misses Ben’s hands, the touch of leather, cuffs and caresses and the thrill of submission.

He’s just going to have to prove to his husband he’s safe and alive and ready for anything. And he’s a romance writer, after all, so he’s going to make this a perfect scene, and a morning to remember. 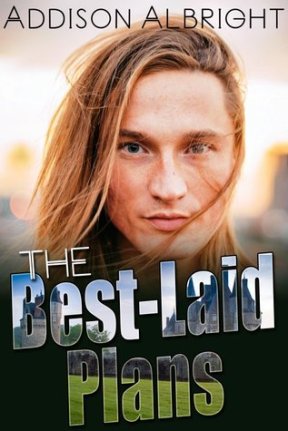 The morning after his wedding night, Prince Marcelo thought he’d be embarking on a journey to his own personal fairytale happily ever after with his husband Efren, the crown prince of Zioneven. But when news arrives indicating his sister’s death wasn’t as accidental as previously thought, that journey becomes fraught with danger.

Enmeshed in political intrigue, death, and a kidnapping that might not be what it seems, will Efren untangle the web of misleading clues in time to save the naïve young man he’s already come to admire? Or will Marcelo dig deep to discover a previously untapped inner strength and determination to facilitate his own survival?