Today, you get two shorter reviews instead of one. I pre-ordered The Naked Remedy by Vivien Dean from JMS Books and read it immediately on release day. I loved it so much that I went on the hunt for more books by the same author, and found Wild Fragile Vines that I also loved. So here are my short opinions on why you should buy these wonderful books 🙂

From the moment he finds The Naked Remedy, Noah Booker is enthralled. Not only because the blog owner is gorgeous or that the nude photos are hot, but because Fisher uses his platform to face his fears about a crippling accident, as well as the aftermath of putting his life back together.

Noah isn’t brave. He copes with his shyness by staying in his comfort zone. At twenty-six, he still hasn’t come out or left his conservative hometown. Finding the blog offers a beacon, but when he summons the nerve to comment, he never expects Fisher to respond.

The two men strike a friendship. Sparks fly, but dating isn’t easy. Noah lives in California, and Fisher’s in Florida. But making it work takes more than coordinating schedules. It means taking risks. For Fisher, though, Noah will try. Because if he’s learned anything, it’s that change only happens one step at a time.

This book is everything I love: angst free, feelgood, romantic and sweet. It brings a smile to my face and fills my stomach with the warm fuzzies. I also have a soft spot for books where the characters meet online, like they do here.

It all starts by Noah finding Fisher’s blog, and with Noah making a comment about being brave. When Noah does something that he himself considers brave and comments on the blog about it, he gets backlash from other readers of the blog. But Fisher doesn’t allow hate on his blog, and he reaches out to Noah to assure him that he sees the bravery, that bravery looks different for everyone.

And I think that message is important, for all of us. For some, bravery is taking pictures of their naked body to show the aftermath of an accident, like Fisher. For others, bravery is dyeing their hair, like Noah. But whether the courage is big and bold or small and quiet, it’s equally brave. Neither is more important than the other.

And that message is what I’m taking with me into the world. 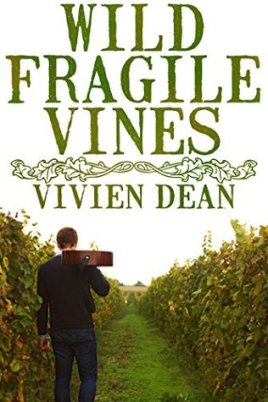 When his boss’s twenty-year-old son announced he wanted to be more than friends, Tim Kammerling told him no. He wasn’t ready to have a relationship with someone more than ten years younger than him.

Devin, however, knew he couldn’t stick around Napa and honor the status quo. Instead, he left town, and he and Tim became long-distance friends.

Now, through the letters he’s kept over the years, clippings he’s collected, and the memories he’ll never shake, Tim stands on the threshold of a new beginning.

Yes, a lot can happen in eighteen years. Letters are sent. Calls get made. And lives are changed…

This is a short story told with letters, phone calls, flashbacks, and snippets from current day. It’s a story of holding on to hope even when there seems to be none, how feelings can grow even over distance in time and location. Of how two people who weren’t in the same place in their lives at first, can end up there eventually.

It’s a series of snapshots into a friendship and a budding relationship over eighteen years. It starts out with a very melancholy tone, and for the first half of the book I had a lump in my throat and worried if this story really would have a HEA. I shouldn’t have worried, though, and the HEA was worth waiting for and felt real. Even though it’s such a short story, we get enough glimpses into the Tim and Devin’s lives that I’m satisfied at the end. Their story couldn’t have developed in any other way. The HEA was right for them, even if they had to wait for it.

I also want to say that I adore the title. Wild Fragile Vines is the perfect name for this lovely story.

Not much left to pack. Can it be Friday soon?
Boxes boxes everywhere boxes! And pic no2 is my current office 😂
Blech, my tea was cold 😣
Me, yesterday morning: I want pineapple for breakfast. The sweet yummy kind we ate in Malaysia. - a couple hours later- Hubby: I'm going to the store. Want something? Me: buy me a present! Him: *comes home with a pineapple* 😍😍😍 It's almost as sweet as the ones I ate in Malaysia but the thoughtfulness was the sweetest of it all. Who needs roses, amirite? ❤️
Me: I'll pack everything non-essential in my office. Also me: Not the pens! The pens are essential! All 4120 of them! 😆 #penoholic
Moving sucks!