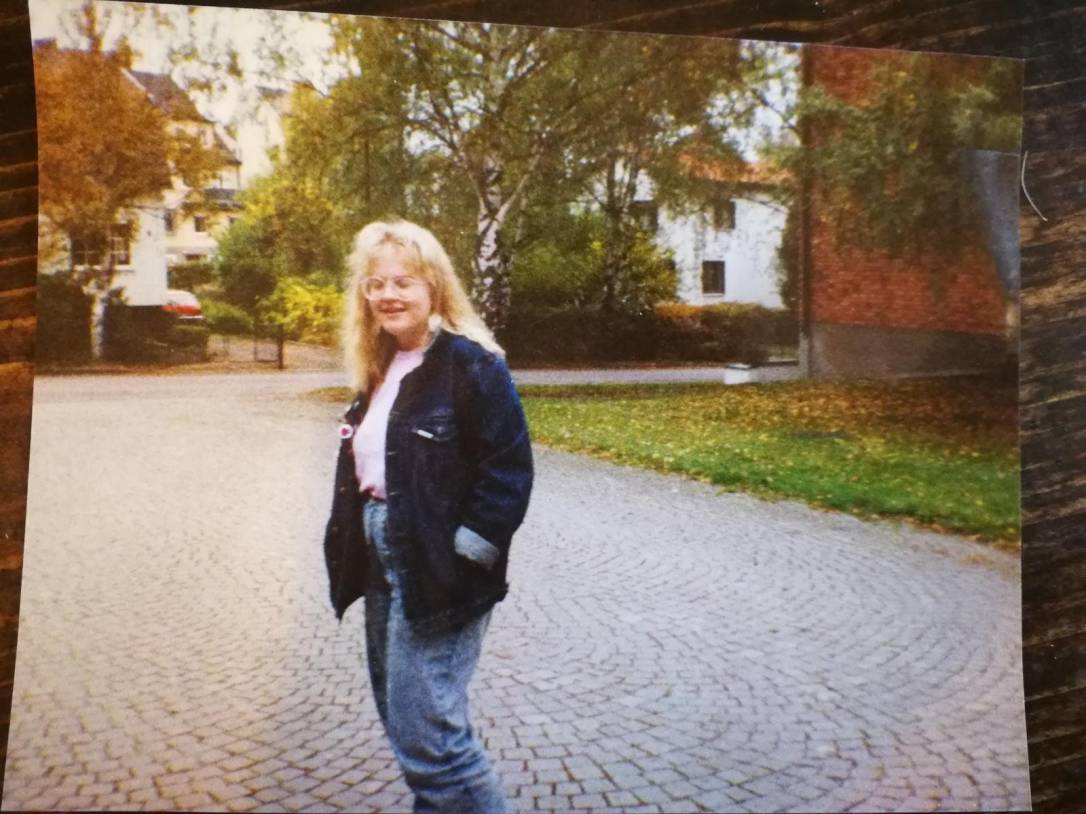 The photo is taken outside my high school. I took lots of languages (Swedish and English of course, but also French, German, and Latin). I read The Queen of the Damned (I was an Anne Rice fan girl!), watched L.A. Law on television (loved law-and-order shows!) and Besökarna (Swedish horror movie, English title The Visitors) at the movies. I listened to Behind the Wheel by Depeche Mode and Sign Your Name by Terence Trent D’Arby.

I was still quite shy here, until a year or two later when I made a new friend who got me into acting, and that changed my entire life.

Also a year or two later, I met my future husband, the love of my life, the cutest boy I’d ever seen. And even though I don’t act any longer, or watch much TV or film, and stopped reading Anne Rice a long time ago, that boy is still in my life. And I plan to keep him forever.

Tell me something about your 16-17 year-old self in the comments! 🙂