It’s been two months since I last wrote an update on what I’m doing, so maybe it’s time again? Whaddaya think? 🙂

In July I was on a vacation on the tropical island Gili Air, Indonesia (which you know if you follow me on Instagram) and it pretty much looked like this for four glorious days: 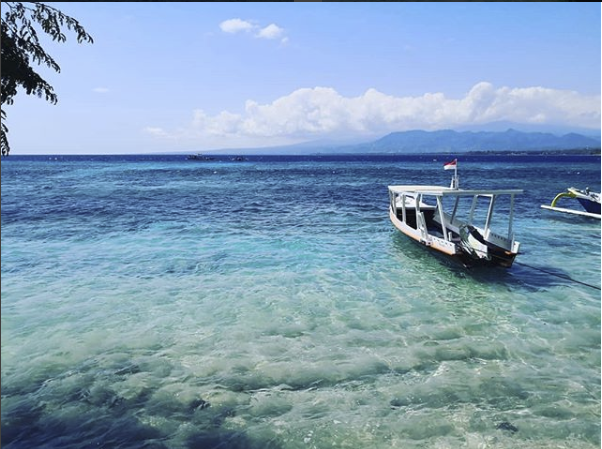 My daughter and her boyfriend was here for a visit, so I prioritized cuddles and quality time with them over writing. It’s safe to say that July was an awesome month.

In August I wrote like a fiend to catch up with lost time. I finished my first ever fantasy story, Snowed In: Nen and Anani, and submitted it. It will be released in January 2019. I’ll tell you more details when I have them.

”It is time to go to my son.” Nen waited for fifteen rotations to hear those words, since that time the snow wouldn’t stop falling. But now that he’s about to meet Anani, the love of his life, again, he’s afraid. What if Anani doesn’t feel the same anymore?

Anani, the guardian of the water element, was only seventeen when he was banished from his mother’s court. Heartbroken that he couldn’t be with the one he loved, he lost control over his emotions and his power. No matter what he tried, the snow wouldn’t stop and as a last resort he was sent away.

When they finally meet again, Anani is hopeful but disillusioned. The law that kept them apart hasn’t changed. How will they be able to find their happily ever after?

And what happens when the snow starts falling again?

Kris T. Bethke and I have started book 2 in our Family Found series, titled Diving In. We’ve only written a couple chapters so far, but at least we’re working on it. I’m sad to say that I’m the one who’s behind on this project, but sometimes life happens and when it does, it’s great to have an understanding writing partner like Kris. Really. She’s the best.

I’m trying to decide whether I’m gonna write a Christmas story or not. I have an idea, but I haven’t started yet. The deadline for the submission call is September 30. Like I said, life interfered with my writing and I haven’t had time to do everything I planned. Or maybe I just haven’t prioritized right?

Anyway, I can probably manage in time. But I have to decide like yesterday. Ugh. Maybe I’ll just dust off my Spotify Christmas playlist and see if the mood strikes? I’ll let you know.

Speaking of Family Found series. If you’re a regular follower of my blog, I’m sure you haven’t missed that the first book, Falling Into Love, is out now. So if you’re in the mood for something “sweet, fast paced, low angst” to quote Kat at Love Bytes, may I suggest Liam and Austin? 🙂 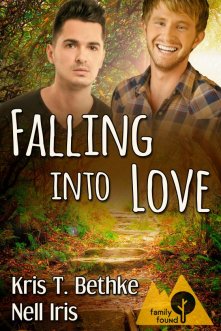 Liam O’Donoughue is happy with his life. He runs V Wilderness Adventures with his best friends, his chosen brothers, and gets to spend his days hiking in the gorgeous Adirondacks. What’s not to love? But when he meets Austin on a hike, he thinks he’s found something he didn’t even know was missing.

Austin Jock is content with his work as a radiology tech and playing bass in a cover band. Someday he wants to find his forever person but doesn’t believe in romantic fireworks and isn’t sure it’ll ever happen. Then Liam comes crashing into his life, igniting sparks. Huge, life-altering sparks.

The connection between the two men is instant, and things move fast. But Austin isn’t sure what to do with everything he’s feeling inside. Can Liam convince him falling in love is the easiest thing in the world?