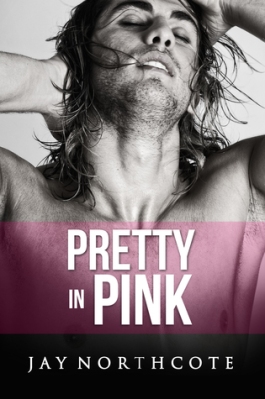 Ryan’s always been attracted to tall, leggy blondes–normally of the female variety. When Johnny catches his eye at a party, Ryan’s interest is piqued even though he’s never been with a guy before. The attraction is mutual, and the amazing night that follows opens Ryan’s eyes to his bisexuality.

Experience has taught Johnny that love hurts. Staying single is safer, and there’s no need for complicated relationships when hooking up is easy. When he moves in next door to Ryan, they’re both interested in picking up where they left off, and it seems like an ideal arrangement: convenient, mutually satisfying, and with no strings attached.

Despite their best intentions to keep things casual, they develop an emotional connection alongside the physical one. Both begin to want more from the relationship but are afraid to admit it. If they’re going to work things out, they need to start being honest–first with themselves, and then with each other.

Although this book is part of the Housemates series, it has new main characters, a satisfying happy ending, and can be read as a standalone.

Ryan was a few drinks down and feeling pretty buzzed when he first caught sight of blond hair through the crowd of partygoers.

He nearly hadn’t bothered coming out tonight. He had his third year project to write up, and should have been working on that, not partying with his next door neighbours. But the rest of Ryan’s housemates had talked him into it and he could do with letting off some steam, so he hadn’t put up much of a fight. One night couldn’t make too much difference, right?

The blonde arrived late and headed straight into the throng of dancers in the living room, bottle in hand. Tall and leggy in black skinny jeans with shit-kicking boots, Ryan’s interest was piqued immediately and a spike of arousal made his cock wake up. Tall and blonde was completely Ryan’s type, but when this blond slid a leather jacket off slender shoulders and tossed it on the back of the sofa, his washboard-flat chest made it clear he was a guy—so not Ryan’s type after all.

Despite the gut punch of disappointment at that revelation, Ryan found his interest persisted. The guy drew Ryan’s attention like a magnet lining up iron filings, and no matter how hard he tried, Ryan couldn’t stop watching him.

Spurred on by alcohol and reckless impulsivity, Ryan made a conscious decision not to question his attraction and just roll with it. He gradually edged his way into the group where the blond was dancing, and when he finally managed to make eye contact, the guy gave him a knowing smile that reflected Ryan’s interest right back at him. It curled around Ryan’s balls like the gentle, insistent squeeze of a hand.

University was supposed to be all about new experiences, and Ryan only had a few months left before he graduated. He’d never hooked up with a guy before, and it had always been on his sexual bucket list, but not a high priority. As a young teen he’d sometimes admired androgynous male models on the pages of magazines that his mum used to buy and felt a confusing interest in them; but he’d never seen a guy in real life he’d wanted to fuck enough to actually do something about it. 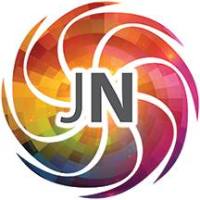 Jay lives just outside Bristol in the West of England. He comes from a family of writers, but always used to believe that the gene for fiction writing had passed him by. He spent years only ever writing emails, articles, or website content.

One day, Jay decided to try and write a short story—just to see if he could—and found it rather addictive. He hasn’t stopped writing since.

Jay writes contemporary romance about men who fall in love with other men. He has five books published by Dreamspinner Press, and also self-publishes under the imprint Jaybird Press. Many of his books are now available as audiobooks.

Jay is transgender and was formerly known as she/her.