Will and Noah’s first Valentine’s Day

Will wanted everything to be perfect for his and Noah’s first Valentine’s Day. He’d been planning for weeks, trying to decide whether to take his boyfriend out or have a quiet—and hopefully sexy—dinner at home. When he’d decided on the latter, the question of what to eat was easy. Will had made meticulous plans and even consulted his sister to get the details right.

He made a final check to make sure everything was ready. The food he’d picked up at their favorite Italian restaurant was keeping warm in the oven. The place was spotless, the candles were lit, and the table looked nice and romantic. Except…the roses?

He frowned. The roses might be too much. He wasn’t a flowery kind of guy and neither was Noah, but his sister had insisted there had to be roses on Valentine’s. With thoughtful steps he walked over to the table, reached out with a careful finger and caressed the fiery red petals. The flowers were beautiful, but he wanted the evening to be about them. He didn’t want it to be a tired old cliché that anyone could have given to Noah.

As he stood there, swirling his thick finger around a rose bud, he had an idea. He grabbed the bouquet, turned on his heel and sprinted into the bedroom. He glanced at the dark green bedding and the low light as he passed by, wanting to make sure everything was still perfect. Then he continued to the ensuite bathroom.

He gingerly gripped the stems, pulled the flowers out of the vase, and emptied the water in the sink. He snatched a towel from the warming rack and put the roses on it. With swift movements, he patted the stems to get rid of any excess water.

“Oh God, what if they’ve got thorns? Please don’t let them have thorns!” he muttered, but he didn’t have enough time to make a thorough inspection because he could hear a key in the door, and Noah letting himself in.

He flicked open the button of his jeans that Noah always said made his butt look delicious, and wiggled out of them. His t-shirt was unceremoniously pulled over his head and thrown in a heap on the floor next to the jeans. He cursed himself for not choosing sexier underwear, but it was too late to do anything about it now.

“In the bedroom!” He grabbed a couple of the roses and frantically started to execute his idea as he heard Noah toss his keys on the side table and kick off his shoes. He hurried, Noah was approaching fast, but Will managed to finish in time. He pushed the discarded clothes out of sight with his foot and leaned against the doorframe, trying his best to act casual as he waited for Noah to find him.

Noah was busy unzipping his hoodie as he walked into the bedroom so he didn’t see Will at first. “That was a fucking long shif—“ Noah’s eyes widened and his mouth dropped open when he caught sight of Will, who was trying his hardest not to fidget. His mouth was suddenly dry and he swallowed. What if Noah thought the idea was ridiculous?

“Happy Valentine’s Day, Noah.” Will’s voice was trembling and uncertain, but his courage returned when he saw Noah licking his lips.

“You have flowers in your briefs,” Noah rasped, and his gaze swept over Will’s body, zooming in on the the roses—thankfully without thorns— Will had shoved into the waistband of his tighty whities.

“I do.” Will’s face split in a wide smile. “Sarah said roses were required on Valentine’s.”

“I don’t think that was what she meant.” He took a step closer and Will could see his Adam’s apple bobbing. Noah cleared his throat, but his voice was still hoarse as he continued, “But it’s very creative.”

“Yeah?” Will pushed his hips forward and winked. He groaned to himself. He’d never winked before in his life, but the heat in Noah’s eyes was intoxicating. “You like it?”

Noah didn’t answer. Instead he closed the distance between them with a couple quick steps, cupped Will’s face with warm hands, and kissed him with such intensity Will’s toes curled.

Will took that as a yes. 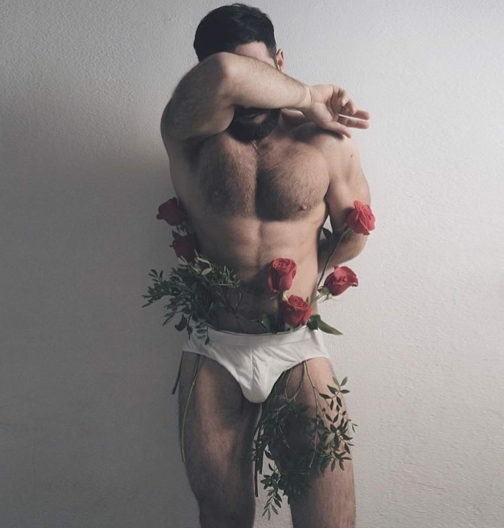 What are your goals for the next 30 days

I don’t really set goals for myself like that, I prefer to take it as it comes. I almost burned myself out completely when I worked at my soul-crushing job back in Sweden, and it has taken me a long time to come to this place in time. For the longest time I felt panic if I had too many thing planned in one week, even if they were fun things. So I try to go easy on myself because I have a tendency to expect too much of myself.

I hope one day I’ll be able to do a detailed plan for the coming year, or even a month. Now is not that day.

That being said: I do have a few goals

Edit: I scheduled this post the other day and had planned on sending it yesterday, but I was busy with Unconditionally so I didn’t have time. I will send it today though. As soon as I get the feedback, I’ll edit/revise and finish it so I can submit it. I need to be done by February 28th.

Plan fun stuff for the blog

I want to have fun content to publish when Unconditionally is released, so potential readers will think it’s fun to hang out with me. What do you like to read about, do you have any fun suggestions? 🙂

Decide on my next project

I have a couple of things. I’ve already started a story that’s currently on hold and I’ve had an idea for a new one for a while now. I have to decide which one to work on next. I know one thing: it’s going to be a short story. I love them, and I think I’ll devote this entire year to writing them. If nothing unforeseen happens.

I want to continue the editing process on TLR. It’s been put on hold the last week because I had to finish Find His Way Home. But now I’ve made room for it in my schedule.

Celebrate my husband’s 45th birthday and my daughter’s 22nd. Hang out with a visiting friend from Sweden. Plan a fun vacation on a nice beach somewhere.

And that’s it. Do you set goals for yourself? If yes, tell me about your goals for the next 30 days! 🙂